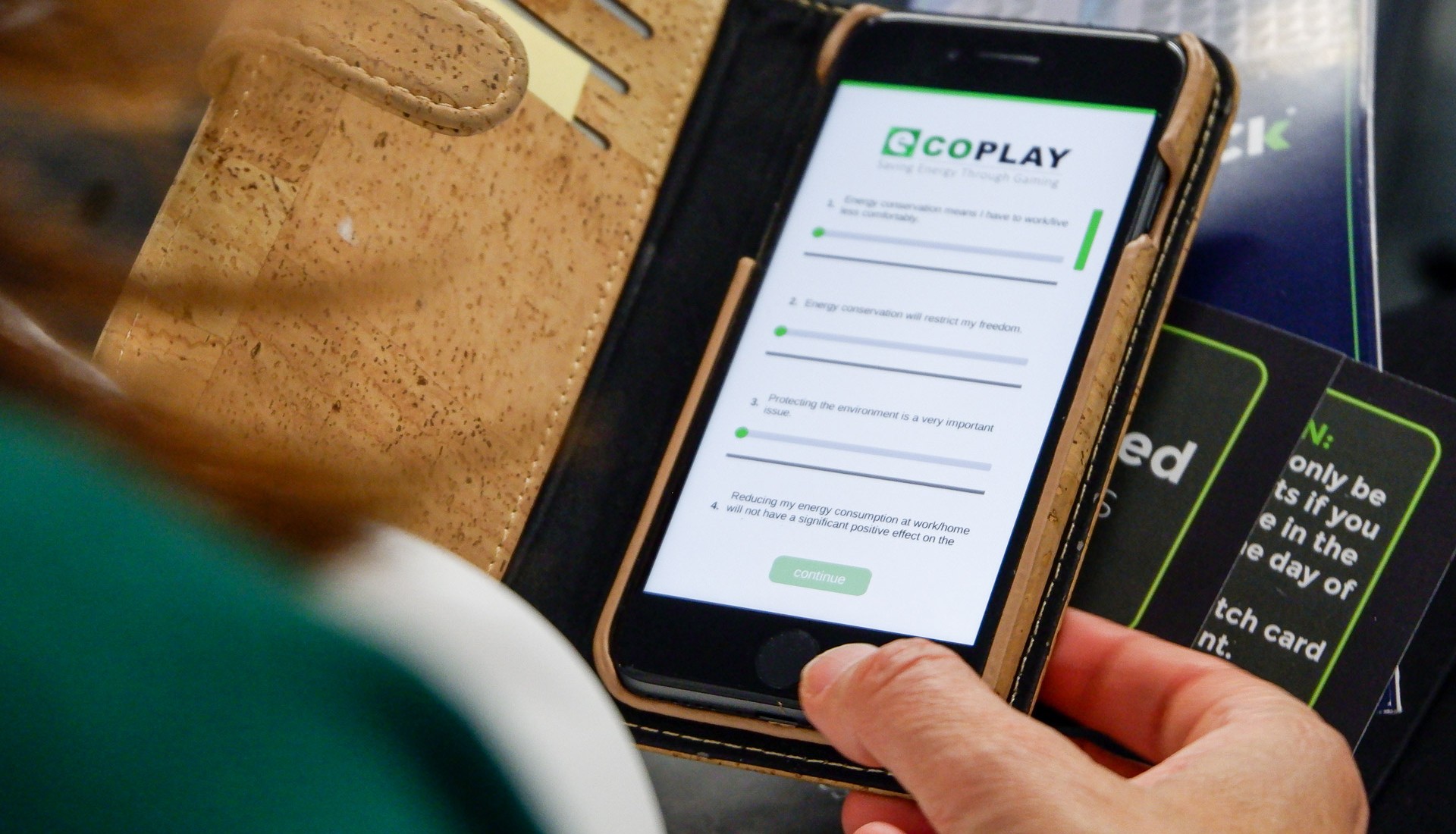 ECOplay is the name of the mobile application that will enable users of three types of buildings from different countries to save energy. ECOplay, which was developed under the European project FEEdBACk, was launched at INESC TEC on 23 October and had a “full auditorium”.

"Did you know that 99% of the world's leading scientists believe that humans bear the main responsibility for Climate Changes?". From 28 October, INESC TEC’s users will be able to “get work done” in order to change this reality.

The goal of the project is to reduce INESC TEC’s energy consumption by at least 12% and relies on the collaboration of all users of the building.

- A custom-made competition with awards

Through games, quizzes and even a soap opera, only available on ECOplay, players will learn tips on how to save energy, both at work and at home, being entitled to receive points, coins and badges.

As a team, players must follow the directions that are sent through the application. These directions will be sent in a customised way, according to the profile assigned after the filling in of the initial ECOplay survey. It is through this component that coins, which the value depends on the real energy saving, will have a greater impact. They can be individually used at the ECOplay's store and as a team (Team Bank) at the end of the competition. This is up to the team to decide.

In order to win the competition, users won’t have to work in the dark or with cold. Through sensors developed at INESC TEC that measure temperature, luminosity, humidity and CO2 concentration, ECOplay will monitor users' comfort, notifying them whenever the parameters are far from what is considered as recommended.

This is because, besides what is visible, a number of applications developed by FEEdBACk researchers – for example Occupancy Forecast, Net Load Forecast, Baseline Load Forecast, Behaviour Predictor – will be running so as to detect the best opportunities for reducing the consumption, taking into account past behaviours and the context, like the indoor and outdoor temperature.

- Who will be able to play?

At this moment, the project is currently in a demonstration phase. After INESC TEC, then it will be the turn of the public buildings of the municipality of El Prat, in Barcelona (Spain) and of a residential area in Lippe (Germany), pilots of the project, to welcome ECOplay.

“A great involvement is expected from the communities of the three demonstrators. We will always be open to players’ tips and comments and then, we will hit the market with a solution that has a real impact on the energy consumption. The merit of this application will also be shared with the demonstrator users”, reinforces Filipe Joel Soares, senior researcher at CPES and coordinator of the project.

The application will be available on the App Store and Google Play. 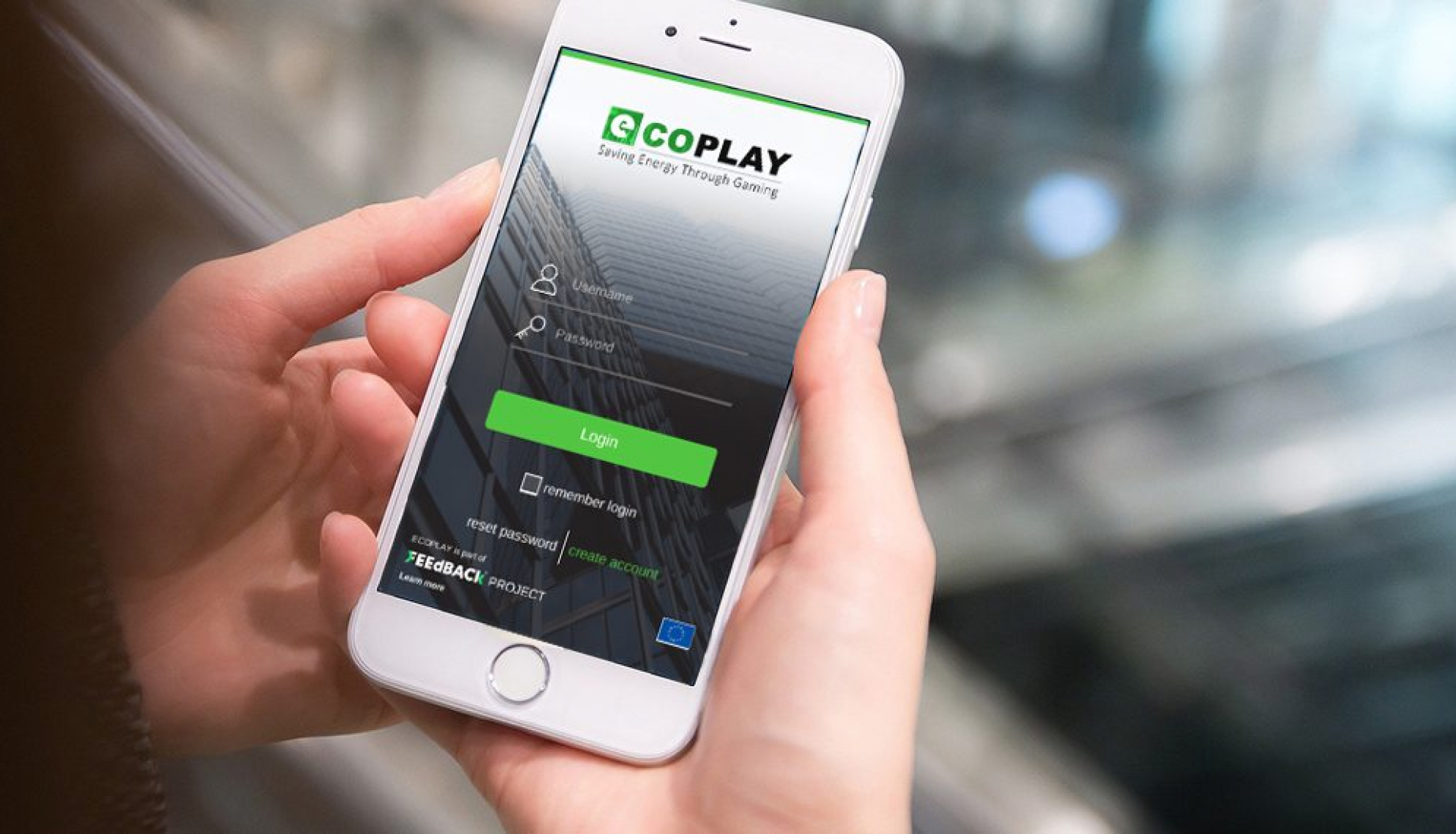 ECOplay: the mobile application that helps you save energy is now available in six European countries

The app is available for free download - for iOS and Android smartphones - in Portugal, Spain, Germany, Holland, Switzerland and Denmark. 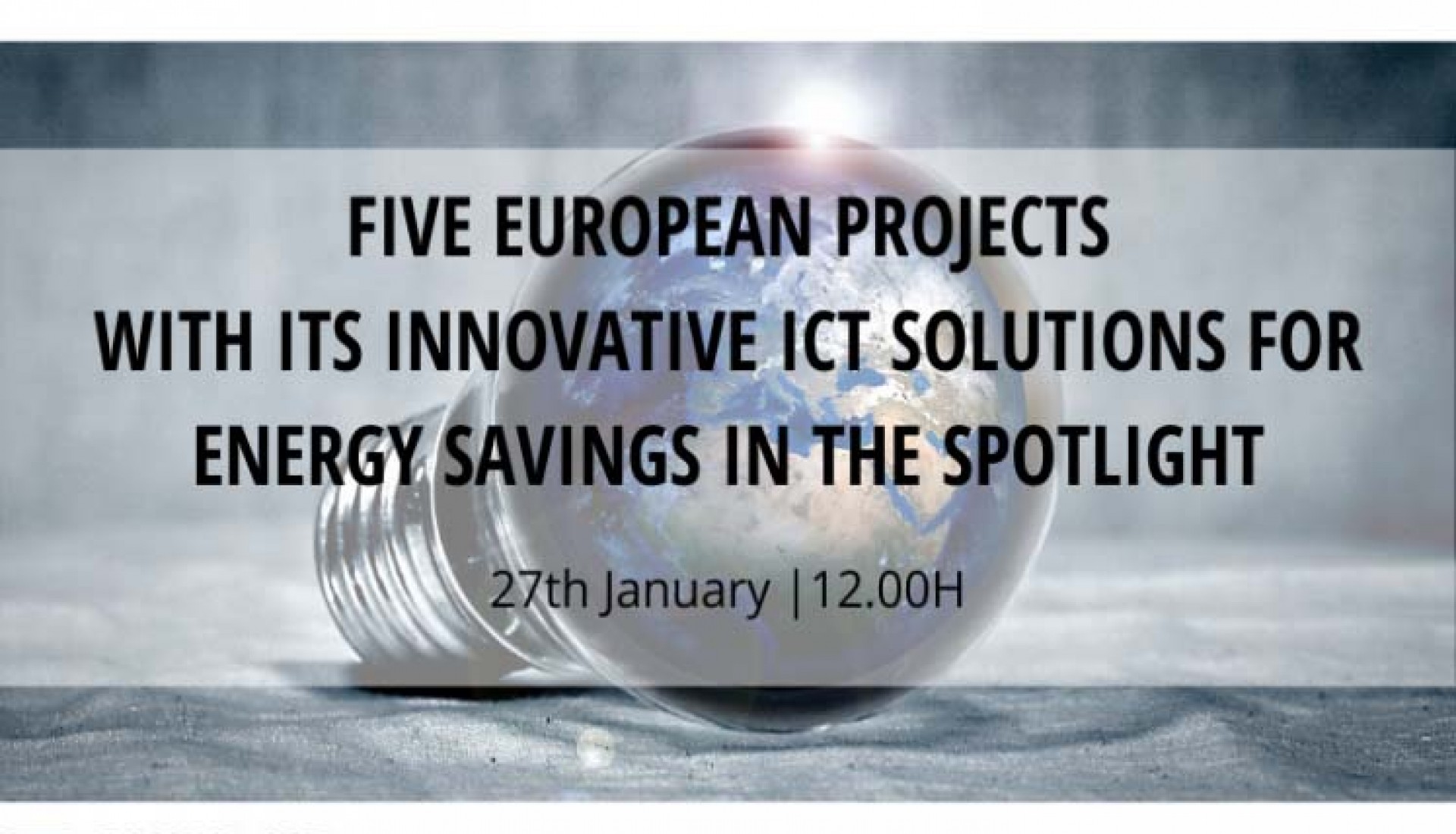 FEEdBACk joined the webinar on ICT solutions for energy savings

On January 27, FEEdBACk project "shared the floor" with four other European projects in a webinar organized by the BUILD UP.